Kathryn Sanchez is Associate Professor of Portuguese and works with Portuguese literature of the 19th and 20th Century, Brazilian film and popular culture, and the representation of Brazil and Brazilians in the United States. She frequently teaches Portuguese and Brazilian literature and culture, an introductory course to Latin America, and courses on race, gender and sexual difference in relation to the Portuguese-speaking world. Her current research project is a book length study that re-evaluates Carmen Miranda as an icon of tropical otherness in the United States. Her first book, Utopias Desmascaradas [Unmasked Utopias], was published by the Portuguese National Press INCM, in 2008 and explored otherness in the context of Portuguese Romanticism. She has published articles in Portuguese Studies, Bulletin of Hispanic Studies, Quadrant, Santa Barbara Portuguese Studies, World Literature and Its Time, Queirosiana and Portuguese Literary and Cultural Studies. She served as the President of the American Portuguese Studies Association (2008–10). 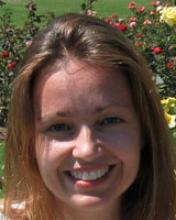